Most of the articles and books I read about autism are personal experiences, reference books or advice literature. Novels have not been on my list so far. „The Girl He Used to Know“ by Tracey Garvis Graves breaks with this habit.

The second chance at first love

Annika Rose is weird from every point of view – a fact she and the other characters in the book mention regularly. She is insecure in dealing with others, naive in dangerous situations, overwhelmed by everything that is new and helpless in everyday situations.

Without her roommate Janice and her support she would not survive a single day at college. No matter whether it’s laundry, leisure activities or love – Janice explains everything to her, takes her by the hand and dries her tears.

Annika likes to be alone. She likes books, animals and chess. And she likes Jonathan, her first love, who she met in 1991 at the college.

„I never know what other people think. It’s like being in a foreign country where a foreign language is spoken … no matter how often you order juice, they always bring milk.“

The Girl He Used To Know

10 years later they meet by chance in Chicago. Annika works in a library without any desire for a career, whereas Jonathan is a career-driven and recently divorced investment banker. Both notice their feelings for each other are still running high – despite the sad break up 10 years ago.

A major part of the story deals with Annika’s mistakes. The focus of her inner monologue and the dialogues between her and other characters in the novel revolve around them. At some points the reader may think that nothing about Annika is okay and that is exactly what she seems to feel about herself. She wants to act neurotypical as everyone expects from her. Jonathan praises her for going beyond her limits and doing something that actually overwhelms her. He is thrilled when she manages to appear „normal“ in front of his friends and colleagues.

It’s irritating how often the story mentions how attractive Annika is:

„I am pretty, I know that for two reasons: I’ve been told all my life and I have a mirror. Sometimes I wonder how much worse they would treat me if I were ugly.“

The Girl He Used to Know

This leaves a queasy feeling. Is she compensating her perceived deficits with her attractiveness? If she were just average looking or worse, how difficult would her life be?

The American bestselling author Tracey Garvis Graves is not autistic herself and she does not personally know any autistic people. Her experience with autism is solely based on her research for this book. It is easy to see that her research was superficial and based on perceived, stereotypical deficits of Autism. With Annika, she has created a clichéd autistic protagonist whose greatest happiness is to be guided through life by someone who loves her despite her numerous weaknesses.

„Girl He Used to Know“ is an easy to understand love story for those times when you want to lose yourself in an ideal world. Simple dialogues and only little suspense make for easy reading. You will not learn anything new about autism in this book, and neither will it empower autistic women. But then again, that wasn’t the author’s intention. 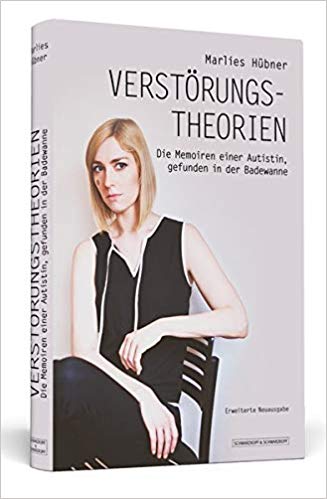